For What's Ahead Blog

12 Outstanding Books for Parents Looking for Something New

Parents, are you looking for book recommendations? Well, our Forsyth Country Day School librarian has some great options for new and noteworthy reads. See what looks good to you!

Before We Were Yours by Lisa Wingate - Based on one of America's most notorious real-life scandals—in which Georgia Tann, director of a Memphis-based adoption organization, kidnapped and sold poor children to wealthy families all over the country—Lisa Wingate's riveting, wrenching, and ultimately uplifting tale reminds us how, even though the paths we take can lead to many places, the heart never forgets where we belong.

This is How It Always Is by Laurie Frankel - Change is always hard and miraculous and hard again, parenting is always a leap into the unknown with crossed fingers and full hearts, children grow but not always according to plan. And families with secrets don’t get to keep them forever.

Origin by Dan Brown - On a trail marked by modern art and enigmatic symbols, Langdon and Vidal uncover clues that ultimately bring them face-to-face with Kirsch’s shocking discovery . . . and the breathtaking truth that has long eluded us.

The Leavers by Lisa Ko - Set in New York and China, The Leavers is a vivid examination of borders and belonging. It’s a moving story of how a boy comes into his own when everything he loves is taken away, and how a mother learns to live with the mistakes of the past. This novel is a National Book Award Finalist.

Sing Unburied Sing by Jesmyn Ward - An intimate portrait of a family and an epic tale of hope and struggle, Sing, Unburied, Sing journeys through Mississippi’s past and present, examining the ugly truths at the heart of the American story and the power—and limitations—of family bonds.This book is a National Book Award  Winner.

We Were the Lucky Ones by Georgia Hunter - Inspired by the incredible true story of one Jewish family separated at the start of World War II, determined to survive—and to reunite—We Were the Lucky Ones is a sweeping novel spanning six years and five continents and a tribute to the triumph of hope and love against all odds.

Dark at the Crossing by Eliot Ackerman - Haris Abadi, a wayward Arab American has finally found his purpose: he will cross into Syria and join the fight against Bashar al-Assad’s oppressive regime. When he is beaten and robbed, and taken in by a revolutionary couple - Haris must confront his own motivations and ask himself what kind of man he truly is. This book is a National Book Award Finalist.

Beartown by Frederik Backman - A forgotten town fractured by scandal and the amateur hockey team that might just change everything. Winning a junior ice hockey championship might not mean a lot but it means everything to the residents of Beartown a community slowly being eaten alive by unemployment and the surrounding wilderness. But when accusations are made, like ripples on a pond, they travel through all of Beartown leaving no resident unaffected.

The Hamilton Affair by Elizabeth Cobbs Hoffman - Set against the dramatic backdrop of the American Revolution, and featuring a cast of legendary characters, this is the sweeping, tumultuous, true story of Alexander Hamilton and Elizabeth Schuyler, from passionate and tender beginnings of their romance to his fateful duel on the banks of the Hudson River.

Beneath the Scarlet Sky by Mark Sullivan - Pino Lella wants nothing to do with the war or the Nazis. He’s a normal Italian teenager—obsessed with music, food, and girls—but his days of innocence are numbered. When his family home in Milan is destroyed by Allied bombs, Pino joins an underground railroad helping Jews escape over the Alps, and falls for Anna, a beautiful widow six years his senior.

Little Fires Everywhere by Celeste Ng - When old family friends of the Richardsons attempt to adopt a Chinese-American baby, a custody battle erupts that dramatically divides the town—and puts Mia and Elena on opposing sides. Suspicious of Mia and her motives, Elena is determined to uncover the secrets in Mia's past. But her obsession will come at unexpected and devastating costs.

Between the World and Me by Ta-nehisi Coates - A powerful new framework for understanding our nation’s history and current crisis. Americans have built an empire on the idea of “race,” a falsehood that damages us all but falls most heavily on the bodies of black women and men—bodies exploited through slavery and segregation, and, today, threatened, locked up, and murdered out of all proportion. This novel is a National Book Award Winner.


Come by our library to check out books or get more recommendations!

Join Our Community of Learners

We can all benefit from lifelong learning

At FCDS, we're dedicated to preparing students for what's ahead. As a parent, the more you know, the better you can serve your child. We hope you'll take advantage of our blogs that share:

Come see FCDS for yourself!

Get Our Best Advice Guide 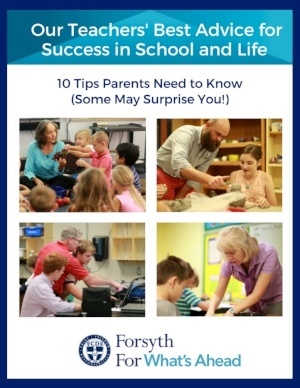